Committed from the Sole Up.
DONATE 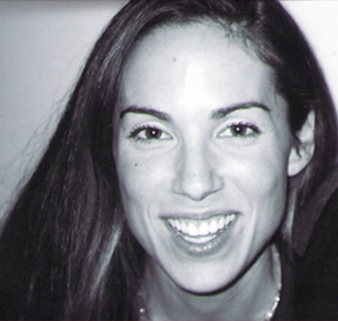 Christy was born on January 24, 1973, five minutes before her identical twin sister, Katrina. Like most newborn babies, Christy had a full life ahead of her, a life in which she would travel to different cultures, expand her family, and eventually settle in Columbus, Ohio. Although Christy had already lived a lifetime of experiences by the time she arrived in Columbus at the age of 12, she yearned for more. Her new life in Ohio began beside her twin, Katrina, with the guidance of their loving grandparents, Bob and Sally Levy. Christy began making her way, discovering new people and becoming the adult she would eventually blossom into, with Columbus as her real-life laboratory. She developed the perfect concoction of friends, family and happiness in that lab—some of the most loyal and loving companions a person could have—by virtue of the loving-kindness and care she radiated.

Happiness was not hard for Christy to create. She had a magnetic personality that drew people in and kept them close until they knew her true essence. It didn’t matter if Christy met you five minutes ago or five years ago, she treated you as if you had been friends for an eternity. Christy gave anything of herself, from advice to the last dollar in her wallet. These attributes grew from inside her as a young girl, unfolding gracefully throughout her life. Her generosity and magnetism transformed her ultimately into the woman we knew and loved.

Christy was precocious as a child, always outgoing and curious. Having these traits allowed Christy to become an adult who never stopped questioning, never stopped wondering, and never stopped searching for that which made her heart full. It wasn’t things that made her heart full, but the people she met, experiences she created, and belly-aching laughter. In her twenties, Christy’s life was full, but she still wanted to expand it with the love of becoming a parent.

In April 1996 Christy gave birth to a beautiful baby girl, Sydney Nicole Peters. She was elated to be a new mother, and with motherhood Christy became a new kind of beautiful. Her radiance glowed from the love a mother has for her children. Four years later she gave birth to another beautiful baby, this time blessed with a son: Jeffery Allen Peters. Life was truly crazy, but hectic and wonderful for the woman who could never sit still anyway. Christy loved her children with every ounce of her being, spending most of her time centered on them. She wouldn’t have had it any other way. She also found time for herself and her passions; Christy was a wife, an athlete, a genuine friend, and a volunteer. Nothing was going to slow this woman down. Not until February 2006.

When Christy was 33, a diagnosis of terminal brain cancer seemed to stop the world on its axis for all who knew her. Yet it was through Christy’s positive attitude and determination that she became like a superhero. Nothing was going to stop her, not radiation, not chemotherapy, and especially not the disease itself. Throughout her treatments her fighting spirit never faltered, and despite her illness she powered through while never giving up hope. Christy never lost her ability to make people laugh or her love for others.

Christy’s courage, her love of life, and her strength are qualities we all hope to embody. There are times in our lives that we can only hope to handle with half the grace and beauty as Christy did. Christy had the attitude that she mattered, that her actions and attitudes mattered, that she could make a difference and change things. And when you live that way, part of you never dies. Your spirit and your memories live on in the stories your family and friends tell of you. Christy’s large community of family and friends, graced with her singular presence, are eternally grateful for the gifts of the time we had with her.

Another endearing aspect of Christy’s persona was her appreciation of personal style. She had a great sense of style, and sensational shoes were a hallmark of that style. Her shoe collection ranged from tennis shoes to stilettos, and she wore them with graceful pride. Showcasing beautiful shoes is a fun way to celebrate Christy’s memory. But helping women in need at the same time is the perfect way to honor her generous and compassionate spirit. Please join us in being “committed from the sole up” by attending our Sole Celebration, hosting a Sole Soiree, donating shoes, and following us on social media. 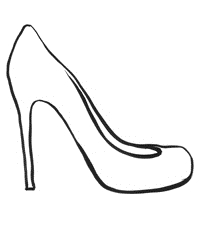 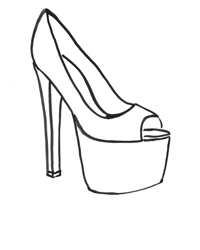 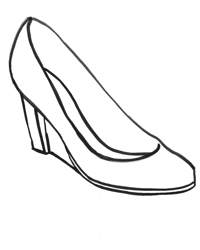 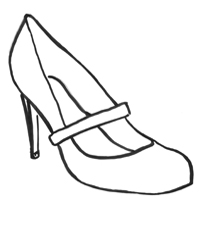 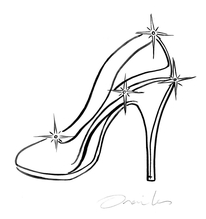 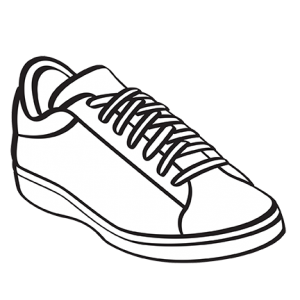